Skip to content
You are here: The national register» Resources chosen in 2021» Edvard Westermarck’s archives 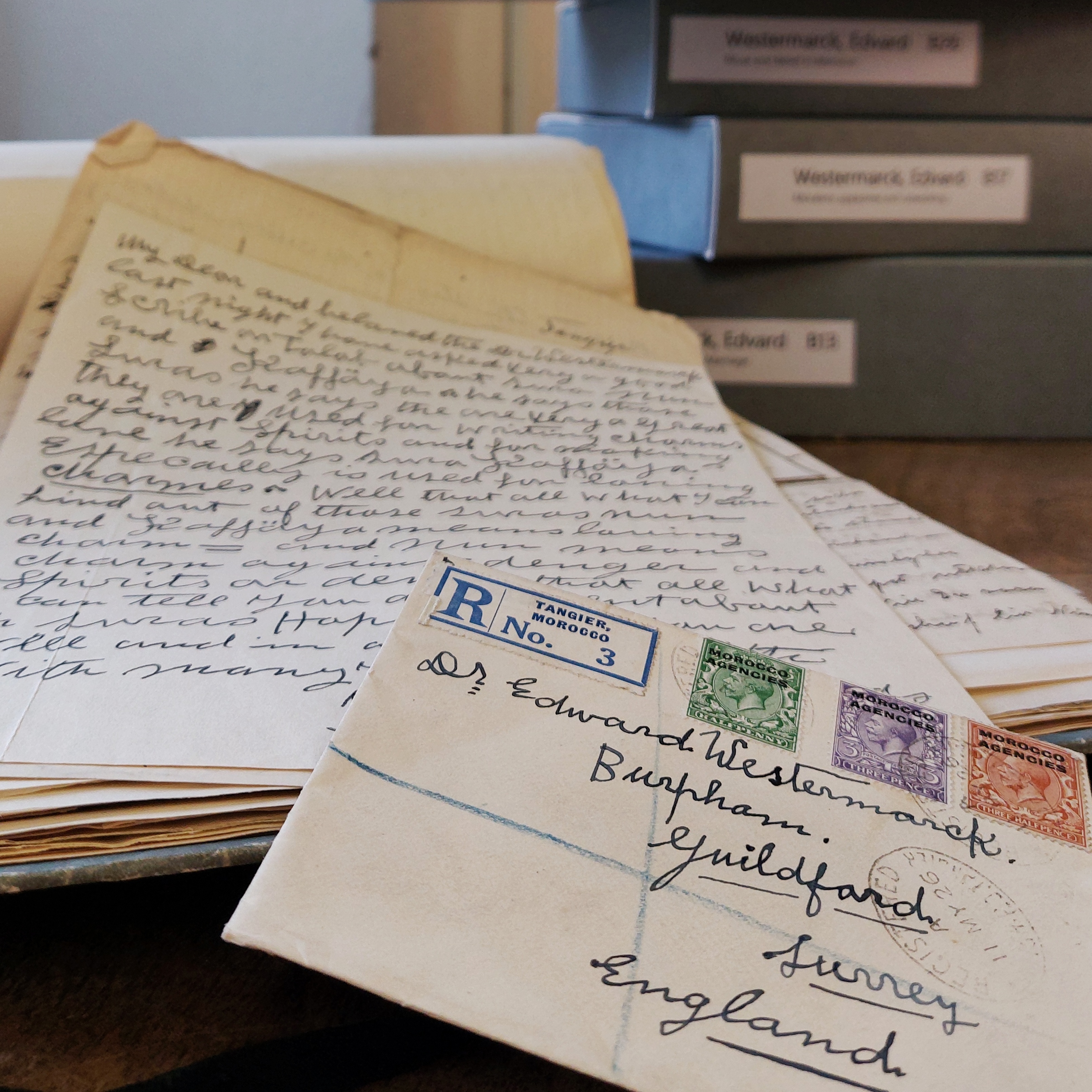 The sociologist, anthropologist and philosopher Edvard Westermarck (1862–1939), known for his research on marriage, morals and religion, left an extensive collection of letters, manuscripts, excerpts and notebooks. Westermarck also owned a substantial collection of photographs. The documents are stored in the archive collections of Åbo Akademi University Library. The collection’s place in the Finnish memory of the world register is motivated by the following reasons.

Westermarck was among the first Finnish researchers to build an international career. He greatly influenced an entire generation of British and international students through his position as a professor of sociology at the London School of Economics. Many of his students, such as Bronislaw Malinowski, became internationally recognised social anthropologists. Among his Finnish students at the University of Helsinki and Åbo Akademi University were Rafael Karsten, Hilma Granqvist and Gunnar Landtman. His collection of letters includes correspondence with the foremost anthropologists of his time. The collection of letters also includes a large number of letters from family and friends in Finland.

Not only do the collections have a considerable value in terms of intellectual history, but Westermarck’s letters and manuscripts are still often used as sources for current research in the social and cultural sciences, especially concerning morals, marriage and sexuality.

Westermarck periodically lived in Morocco and conducted field work and expeditions in the country over many years. Photography was one of the methods of documentation that he used in his field studies, and his unique photographs are part of the picture collection in Åbo Akademi University Library’s archive collections.