Skip to content
You are here: The national register» Resources chosen in 2017» XV Olympia Helsinki 1952 Archives 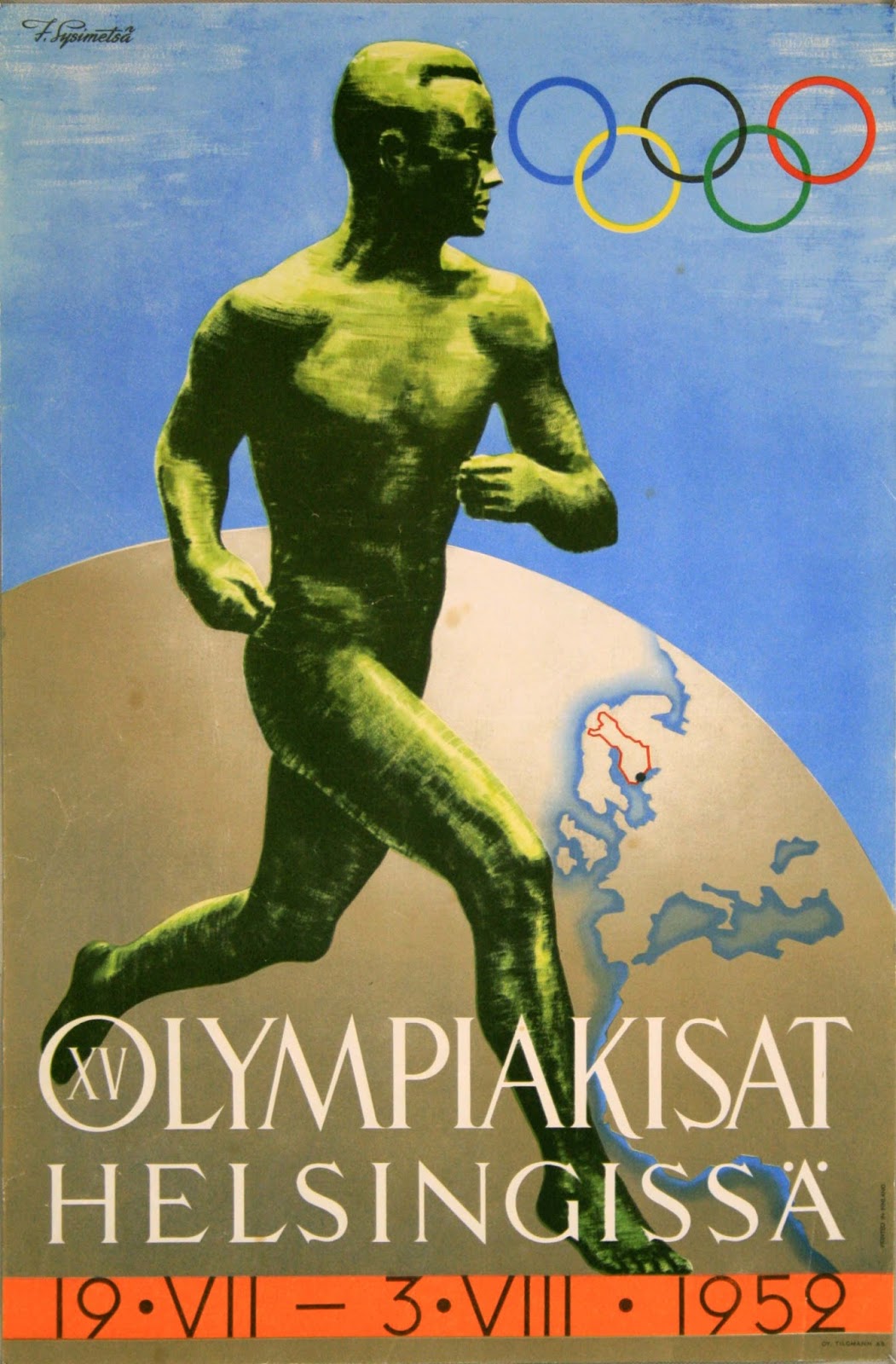 The Helsinki 1952 Summer Olympics are the only Olympic games Finland has hosted thus far, and one of the most famous events ever to be held in Finland.  The Olympic Games had a significant effect on Finns, the development of the city of Helsinki and how Finns perceived foreigners. The Olympic Games made Finland known internationally and created an image of Finland abroad.

For Finland, the Helsinki Summer Olympics also symbolised a turning point after the difficult years of rebuilding and rationing following the Second World War. War reparations were fully paid by the end of the same year. and the worst of the years of depression were coming to an end.  The Olympic Games were also seen as a sign of the sovereignty Finland had re-gained in the international community. In addition to the various games venues, many new buildings were also built in Helsinki that are still in use today. Most notable of these are the airport in Seutula, the Olympic Terminal for passenger ships in the South Harbour and the Olympic village with 700 housing units in Käpylä.

The XV Olympia Helsinki 1952 Archives are an internationally rare, well-preserved comprehensive whole which covers the organisation of the Summer Olympics

The XV Olympia Helsinki 1952 Archives uniquely describe the period in question and the turning point in the development of Helsinki and Finland as a whole. There are 153 shelf-metres of material from 1947–1956, and they contains all documents related to the organisation of the Olympic Games as well as the Games themselves. The XV Olympia Helsinki 1952 Archives are an internationally rare, well-preserved comprehensive whole which covers the organisation of the Summer Olympics.

Most of the information deals with the organisation of the Games, the designing of the venues and the marketing of Finland abroad

Sports is not at the centre of the archives: most of the documents are related to the preparation for the games, such as the designing and construction of venues, accommodation and traffic arrangements during the games, ticket sales, marketing and the enjoyment of athletes and spectators. Most of the information in the material is related to the organisation of the games, the technology of the time, food culture, arts and tourism, as well as construction. In addition, the material contains correspondence with the international and national Olympic committees, and the games-related contracts made with commercial actors.

There is a great interest in the documents of the Olympic Archives, both nationally and internationally. In addition to sports history, the material has been used and studied for various purposes, such as the study of architectural, technical, cultural and art history, and they have also been used as a source for genealogical study.  The most-used documents drawn up during the games are the sports results and edited material, such as games programmes and tickets.

The XV Olympia Helsinki 1952 Archives also contain a lot of trivia, such as the drawings of suggestions for the Olympic torch and the Olympic posters, names of the runners in the torch relay, entertainment programmes during the games, lists of the food and drink served to athletes and spectators and material covering the soft drinks company Coca-Cola’s arrival in Finland.